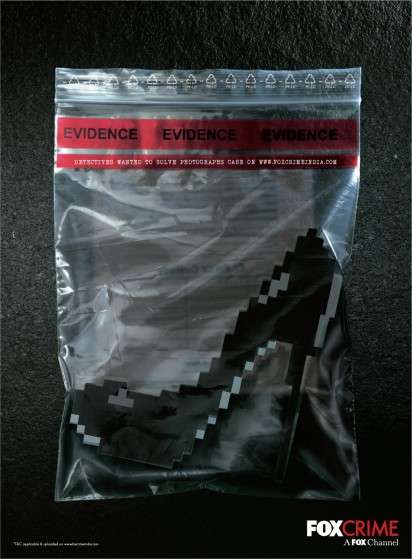 Meghan Young — December 10, 2011 — Marketing
References: foxcrimeindia & ibelieveinadv
Share on Facebook Share on Twitter Share on LinkedIn Share on Pinterest
The Fox Crime India campaign centers around pixelated images of three objects: a shoe, a cellphone and what appears to be a key. Accompanied by the statement, "Detectives wanted to solve photographs case," it becomes apparent that as much as people want to watch shows that involve mysterious deaths and exciting investigations, they want to be the ones solving the case themselves. The Fox Crime India campaign gives these viewers that chance.

As the home of such popular shows as Dexter, Law & Order and CSI, the Fox Crime India campaign feeds off people's need to satisfy their curiosity while exercising their own smarts in the process. Fun and interactive, this ad campaign is sure to reel in some new viewers as well, those looking for a truly immersed experience.
2.3
Score
Popularity
Activity
Freshness
Get Better and Faster