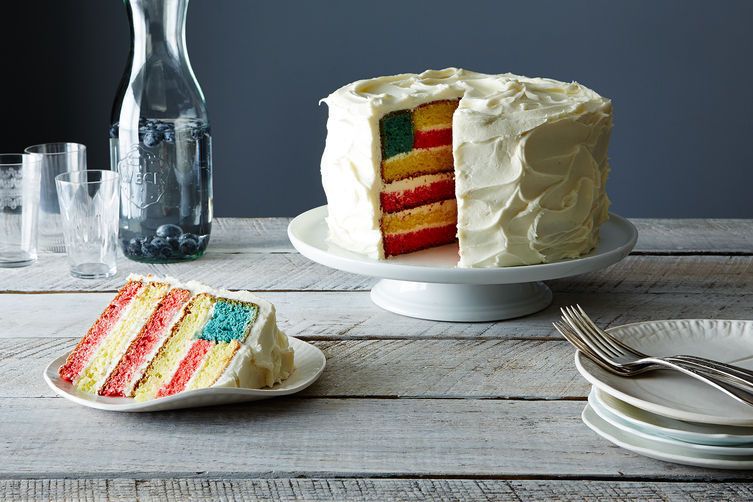 Meghan Young — July 3, 2014 — Lifestyle
References: theshutteroven & food52
Share on Facebook Share on Twitter Share on LinkedIn Share on Pinterest
Although the Fourth of July Cake isn't the first attempt a baker has made to create a dessert that resembles the American flag, it is certainly one of the more good-looking attempts. Unlike Betty Crocker's timely take from last year, this version has a simpler look that, let's face it, is much more Instagrammable.

Created by Erin McDowell, a food stylist, writer and assistant kitchen manager at Food52, the Fourth of July Cake, which also goes as the American Flag Cake, is coated with a simple swirl of white frosting with no additional decorations on top of it. Yet when cut into, there is a riot of patriotic colors that is as simple as its outside. Red, white, blue and yummy, this is a dessert that will go down in history as well.
1.1
Score
Popularity
Activity
Freshness
View Innovation Webinars