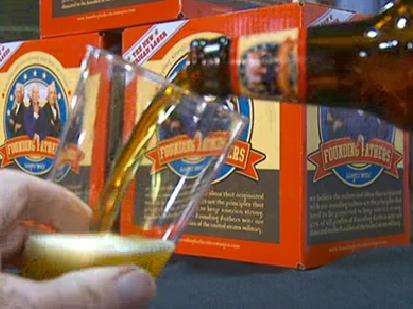 Inspired by his father, who was in the military, and son, who is currently serving, Knutsen launched the beneficial brew brand to create something that his customers could really "rally around." Indeed, the motto behind Founding Fathers beer is "Keeping America Strong!"

According to BrandChannel, the Founding Fathers beer comprises a lager, a premium and a light beer and is currently available in Minnesota and North Dakota, although it will be expanding to other states in the near future. The company aims to donate 50 percent of its profits to charities, with the goal of donating at least $200,000 in the first year of operation.
1.1
Score
Popularity
Activity
Freshness