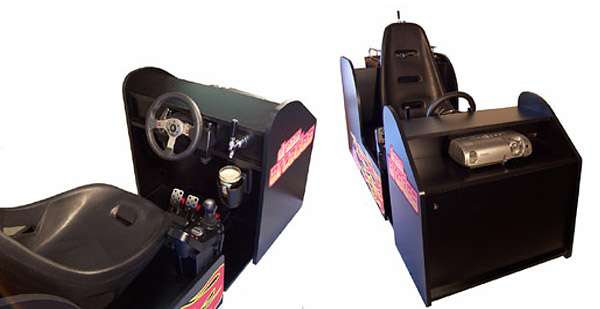 The game, dubbed "the ultimate in home arcade gaming," comes equipped with a leather steering wheel, gear stick, racing bucket seats, metal pedals and arguably the most important aspect of the game, a beer tap with a glass holder on the dashboard.

The Forza Motorsport Arcade Game doesn't come with a monitor but a projector for extra help seeing while drunk, which officially makes drinking and driving safe as it happens in your own living room. Don't worry about refueling either--the game comes with two 5-gallon kegs behind the driver's seat. Amazing.
2
Score
Popularity
Activity
Freshness
Attend Future Festival