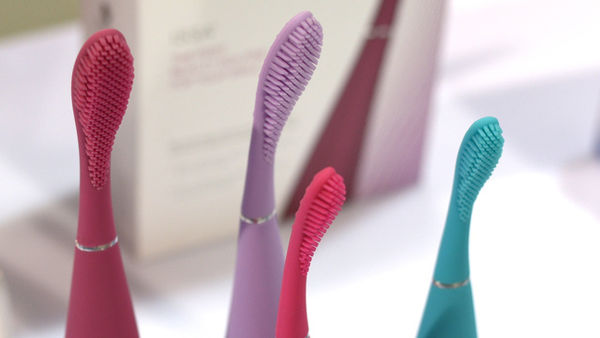 Ashley Noelle Lesiak — January 9, 2014 — Lifestyle
References: foreo & gizmodo
Share on Facebook Share on Twitter Share on LinkedIn Share on Pinterest
The recently unveiled Foreo Issa can make your teeth the cleanest they've ever been in your dental history. Yes, this toothbrush comes in a number of adorable girly colors, and is made of soft silicon, but behind that is some really useful technology.

Inside the device is a counter that records how long it has been since you last brushed your pearly whites. If it has been more than twelve hours since you brushed, a light goes on reminding you to do so. There is also a children's version that has does the same thing, but with a smiley or frown face. That being said, lets be serious. The hygienic silicon, the soft bristles, the vibration and the slight curve at the neck all make make this the future's ultimate toothbrush.
6.6
Score
Popularity
Activity
Freshness
Get Better and Faster