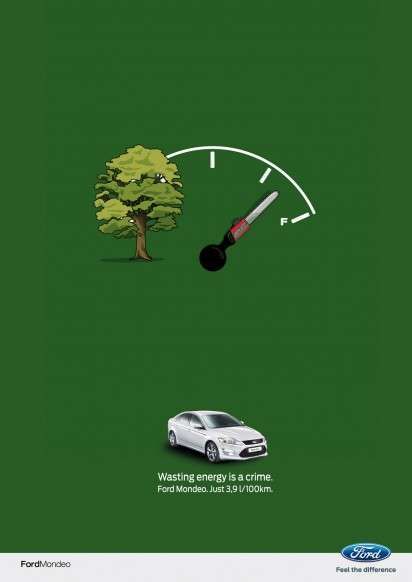 Conceived by Spain-based ad agency Bassat Ogilvy, the Ford Mondeo ad campaign is minimalist, colorful and focuses on this car's impact on the environment (or non-impact, to be more specific). Clever, cute and simple, it really illustrates how "wasting energy is a crime," as the slogan states.

As though taking a cue from those minimalist posters on the web lately, the Ford Mondeo ad campaign addresses an important issue that really concerns its business in a modern way.
3.5
Score
Popularity
Activity
Freshness
Jeremy Gutsche Keynote Speaker