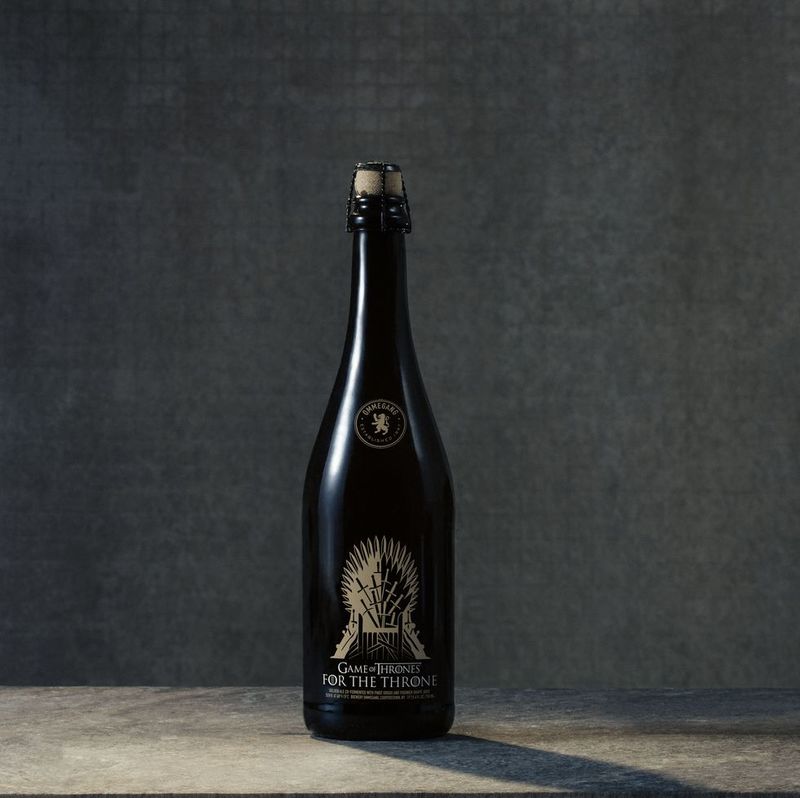 Katherine Pendrill — March 3, 2019 — Pop Culture
References: ommegang & delish
If you're getting ready to host a premiere party for the final season of Game of Thrones, you may want to pick up a couple of bottles of the new 'For The Throne' beer by Brewery Ommegang.

For several seasons, Brewery Ommegang has been crafting Game of Thrones-inspired beers like Hand of the Queen Ale and Mother of Dragons Porter. Now the brewery is debuting a brew for the final season, called For The Throne.

For The Throne is described as a "delicate yet complex blend" that's inspired by the hit show's final season. According to the brand, this 9.5 percent ABV golden ale is made from a blend of pinot grigio and viognier grape juices, which were then bottle conditioned with champagne yeast. As the brand rep explains, the beer is the ultimate "tribute to those who aspire to be the final occupant of the Iron Throne."