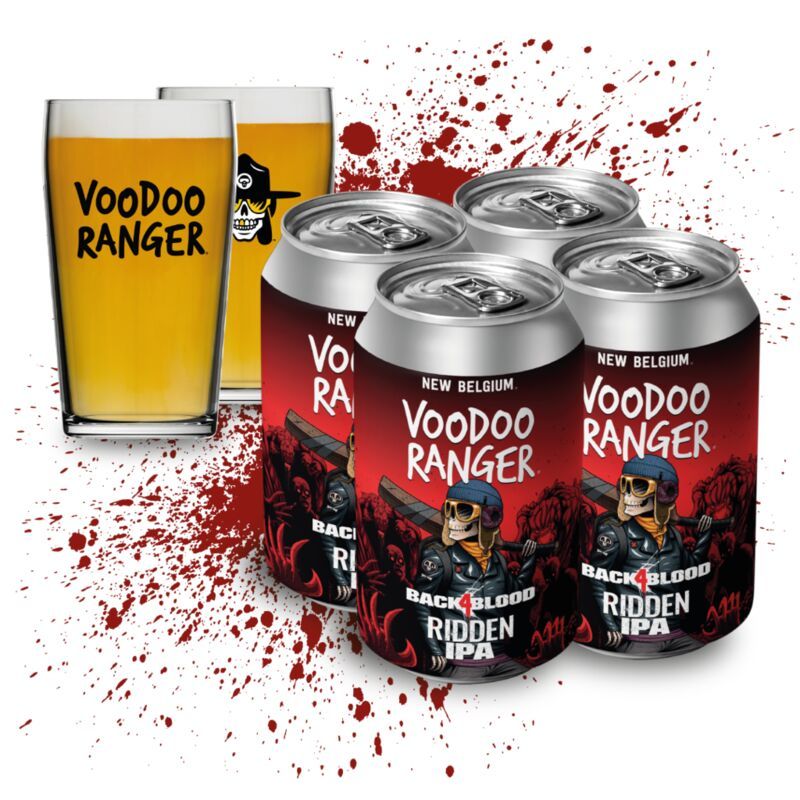 Niko Pajkovic — October 12, 2021 — Lifestyle
References: voodooranger & thedrinksbusiness
Share on Facebook Share on Twitter Share on LinkedIn Share on Pinterest
Craft beer maker New Belgium Brewery has partnered with soon-to-be-released videogame 'Back 4 Blood' to launch the 'Ridden IPA.' The limited-edition beer, which derives its name from a specific fight scene in 'Back 4 Blood', has been added to the brand's 'Voodoo Ranger' line.

This is not the first time that New Belgium Brewery has collaborated with companies from the gaming world. In fact, the 'Voodoo Ranger' line was designed specifically to appeal to gamers -- last year, the company partnered with 'Dungeons & Dragons' to launch several live stream events.

As part of the new partnership, the New Belgium brewery has begun working with London's Dalston's Loading Bar to provide fans the chance to play 'Back 4 Blood' before its October 12 release date. “Our marketing strategy is all about giving something back to brand fans, and that’s the whole idea behind the partnership with Dalston’s Loading Bar," explains Chris MacRae, Voodoo Ranger's brand developer.

Full-Flavor Low-Alcohol Beers
The Beavertown Brewery Nanobot Has a 2.8% ABV