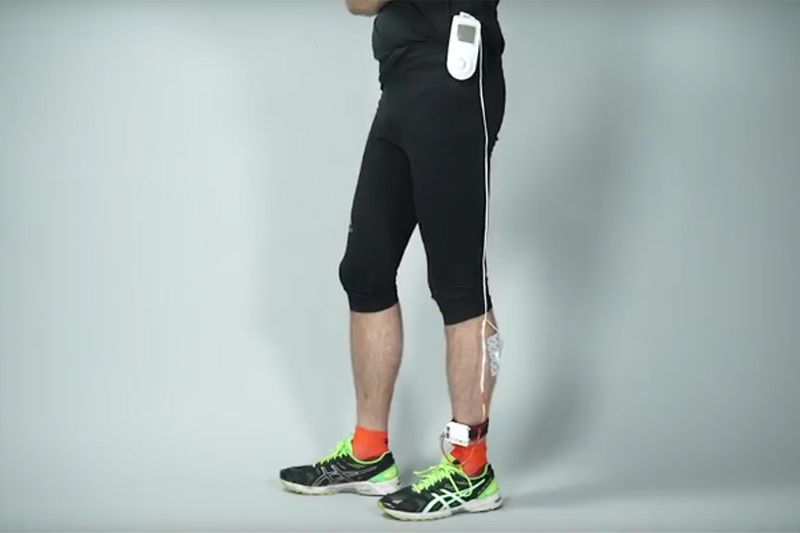 Joey Haar — May 2, 2017 — Tech
References: newscientist & digitaltrends
Share on Facebook Share on Twitter Share on LinkedIn Share on Pinterest
Electroshock therapy, albeit it under the nomenclature of electroconvulsive therapy, is making a comeback in some areas of medicine, and the German Research Center for Artificial Intelligence is taking the idea of electric shocks into a slightly different domain with its 'FootStriker' gadget. The device applies mild electric shocks to runners' calves in order to stimulate the muscle and force their feet into the correct position when striking the ground.

The device is specifically designed to prevent runners' heels from striking the ground on first contact. This style of running is common among amateurs, and it is believed to lead to injuries over time. In clinical trials, FootStriker was able to reduce heel strikes from 95 percent of steps to just 16 percent. Further, once turned off again, heel strikes fell even further to 8 percent, suggesting that the runners had internalized the technique on their own after a single session with FootStriker.
4.7
Score
Popularity
Activity
Freshness
Attend Future Festival