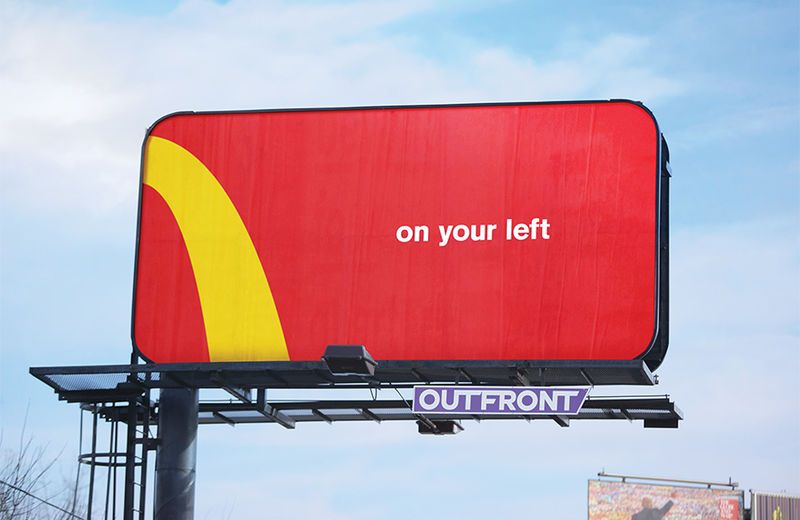 Justin Lam — March 6, 2018 — Marketing
References: cossette & adweek
Share on Facebook Share on Twitter Share on LinkedIn Share on Pinterest
Thanks to Cossette, McDonald's has launched its 'Follow the Arches' campaign, which turns the iconic Golden Arches into directional makrers. The new campaign is currently being run in Canada and uses the legendary logo to easily give drivers indicators to the nearest McDonald's restaurant. The new campaign comes from Canadian marketing firm Cossette, and uses simple cropping to create a directional path. By cropping the Golden Arches and reducing the visuals, Cossette was able to turn the universally recognized design into something easily understood and incredibly clever.

The 'Follow the Arches' campaign currently includes four billboards, located in high-traffic areas across Toronto and the surrounding area. The design of the billboards was inspired by existing directional signs, but includes a fun visual twist. The 'Follow the Arches' campaign is a playful example of the brands iconic logo and both companies hope that the campaign will begin to see use throughout the world.
6
Score
Popularity
Activity
Freshness
Jeremy Gutsche Keynote Speaker