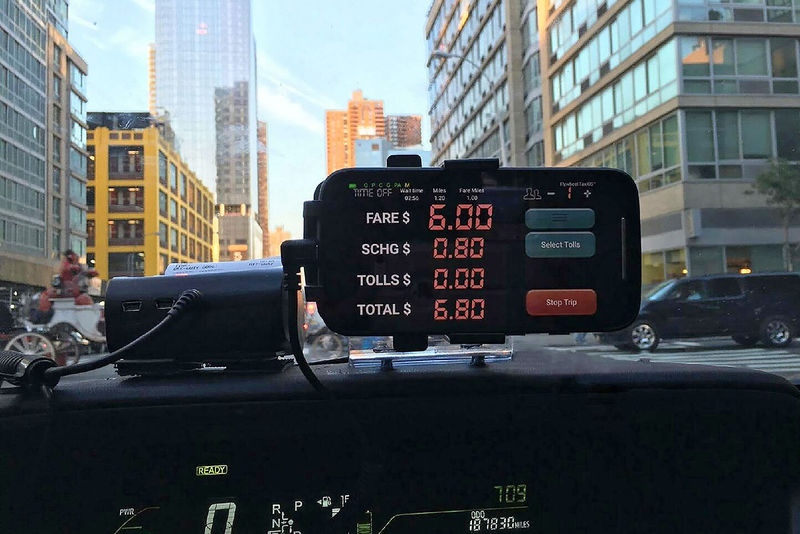 Joey Haar — September 22, 2016 — Tech
References: blog.flywheel & engadget
Share on Facebook Share on Twitter Share on LinkedIn Share on Pinterest
New York City's taxis are famous, with the checkered yellow and black design being the platonic conception of what a cab looks like, and that's why Flywheel TaxiOS brought its taxi app to the Big Apple. The Flywheel TaxiOS system modernizes taxi fares and ridership, making the public transit option easier for both drivers and riders alike.

The taxi app's most convenient feature for drivers is its smartphone meter. Officially accepted by the New York taxi authority, the digital meter keeps track of fares directly through taxi drivers' mobile devices. The taxi meter software includes navigation and dispatch as well, making it an all-in-one system.

Though Flywheel TaxiOS has been available across the the west coast of the US for some time -- in San Francisco, Los Angeles, Seattle, Portland, San Diego, and Sacramento -- this is its first venture to the east coast.
1.6
Score
Popularity
Activity
Freshness
Get Better and Faster