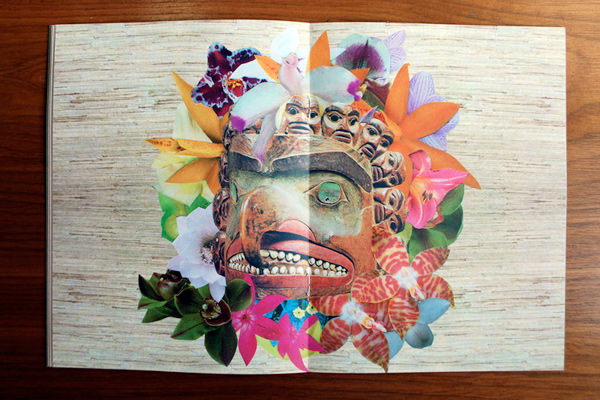 This Flower Collage Art is Now Available in an Exclusive Zine

Nina Shewchuk — April 24, 2014 — Art & Design
References: tedfeighan.tictail & plantpropaganda
Share on Facebook Share on Twitter Share on LinkedIn Share on Pinterest
With titles such as “Paradise”, “Moon Magic”, and “Palm Village”, the songs of Ted Feighan, also known as Monster Rally, call to mind far off lands where the smell of sunset-hued flowers drifts through the air year round. His mix of contemporary and old school sounds has captivated listeners over at his page on Bandcamp, but his striking collage artwork is starting to make waves across the Internet as well.

Feighan’s flower-themed pictures, which also serve as his album covers, have recently been released in a limited-edition zine entitled Flower Arrangements Vol. 1. The vibrant images are fitting counterparts to the lush, poppy beats that characterize his musical work. Feighan manages to convincingly mingle such divergent subjects as tropical flowers with Pacific Northwest First Nations carvings, allowing them to coalesce into images that are at once familiar, but also entirely novel. His tender arrangements of each candy-colored petals and exotic animals result in kaleidoscopic gardens that seem to bloom off of every page.
5.5
Score
Popularity
Activity
Freshness
Jeremy Gutsche Keynote Speaker