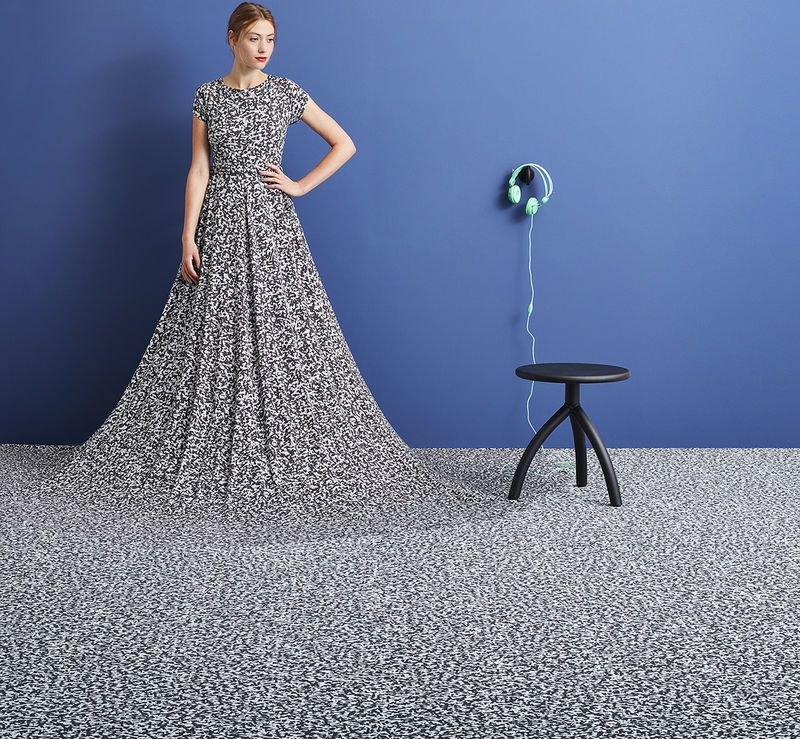 Forbo's 'Flotex' is a standout flooring material that boasts the soft feel of a carpet, yet the sturdiness of a hard floor surface, making it exceptionally easy to clean and hygienic. At a first glance, the patterned Flotex floorcoverings that was designed by Peters looks like static from a TV screen, but upon closer inspection, it is revealed to be a series of black and white arrows that encourage those who step on it to consider their own movement.

The standout Floor-Dress was designed to look just like the flooring pattern and as described as part of the collaboration, "secretly the textile of the dress changes in to the Flotex floor."
5.2
Score
Popularity
Activity
Freshness
Attend Future Festival