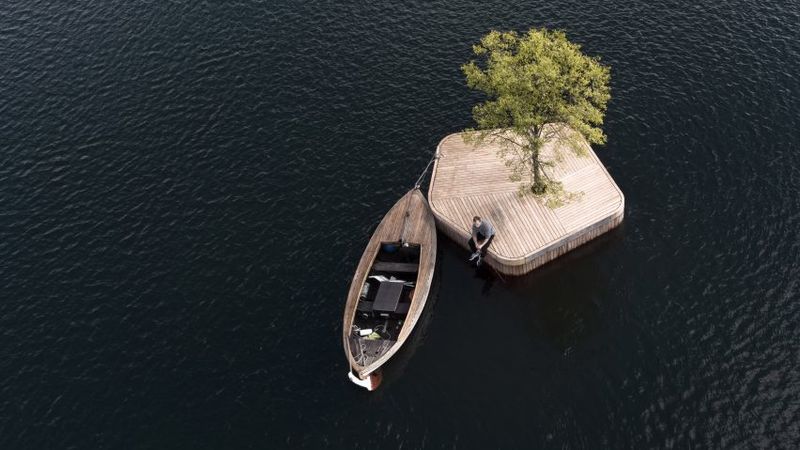 The artificial floating event space is not nearly sizable enough for big-scale celebrations, galas, lectures and the like. However, the platform is actively being utilized as a resting spot for kayakers and swimmers. Not only that, but the artificial island will host an upcoming "lecture series about the future of harbor cities."