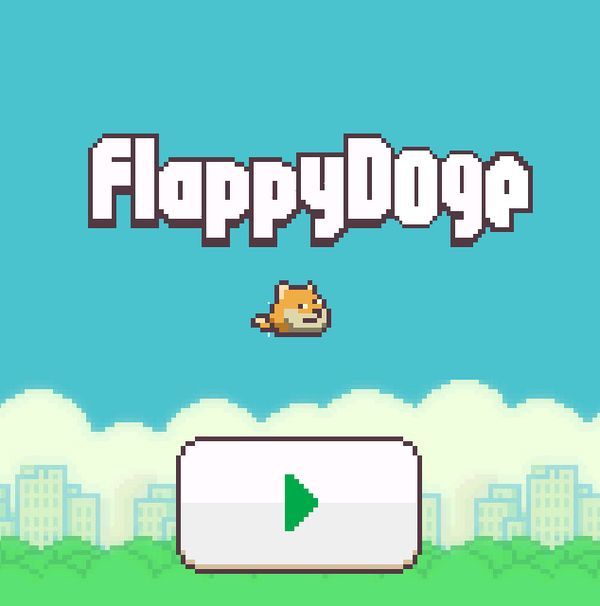 Flappy Doge is a Replacement for the Flappy Bird Removed Game

Laura McQuarrie — February 11, 2014 — Pop Culture
References: dogetek.co & twitter
Share on Facebook Share on Twitter Share on LinkedIn Share on Pinterest
With Flappy Bird removed, thankfully people on the Internet have already been at work to fill the void. Flappy Bird was a free-to-download app that was popular mainly because of how frustrating and extremely difficult it was to play. The Vietnamese developer recently removed the game from Google Play and the iTunes App Store because as Dong Nguyen said in one tweet, Flappy Bird “ruins my simple life.”

However, Flappy Doge is a web-based parody game that works just like the frustrating app, except that the bird is replaced by the face of Doge. The always-in-the-way pipes and the backgrounds are pixellated just like the original app too.

Having to play with a mouse and a computer instead of using a finger on a touchscreen proves to be just as difficult, so in essence, the game is a perfect Flappy Bird replica, although that aggravating little bird will be missed.
6.3
Score
Popularity
Activity
Freshness
Get Better and Faster