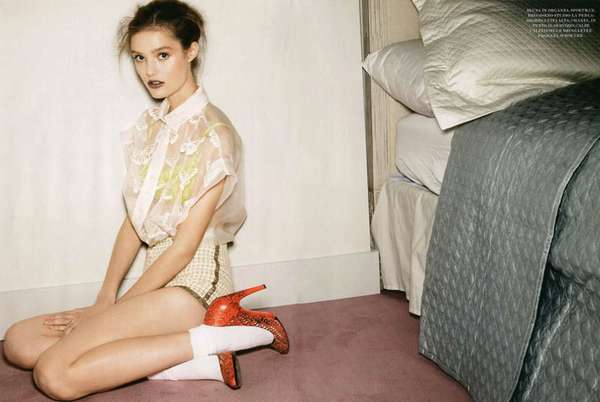 Clad in a series of cutesy prep outfits like a cardigan and a sundress and a lengthy light brown dress that could double as a school uniform, Fogarty displays an easy innocence that reveals her skill as a model. While the outfits change, each picture features Fogarty in Dorothy-like red shoes, adding to her winning look. Fogarty is a veteran of the fashion world and has appeared in shoots for Dolce & Gabbana, Barney’s and Roberto Cavalli, just to name a few.

This Flair June 2011 shoot stands out as some of Fogarty’s best work yet and is on newsstands now.
6.2
Score
Popularity
Activity
Freshness