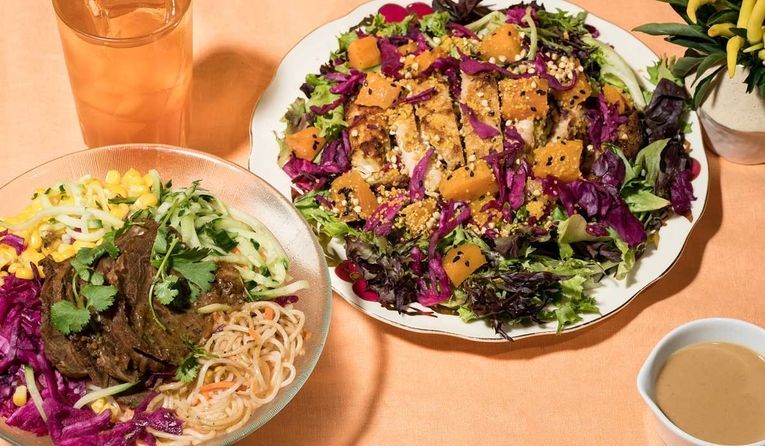 Katherine Pendrill — September 13, 2019 — Lifestyle
References: qsrmagazine
Share on Facebook Share on Twitter Share on LinkedIn Share on Pinterest
The fast casual Chinese food chain Junzi Kitchen recently announced the launch of a new five grain menu for the fall season. The new menu will be available at all three New York City locations on September 23, the day of the Fall Equinox.

Historically, Chinese cuisine has revolved around five grains not just because of agricultural and economic reasons, but also because of spiritual importance. While the identity of those five grains have varied over time, Junzi Kitchen has chosen to celebrate soy, barley, foxtail millet, buckwheat, and red bean. To showcase these special grains, chef & culinary director Lucas Sin created a five grain menu with innovative dishes such as the Squash and Grain Salad (made with foxtail millet and buckwheat), Chilled Noodles with Beef or Squash (made with soy), and Barley Tea (made with barley).