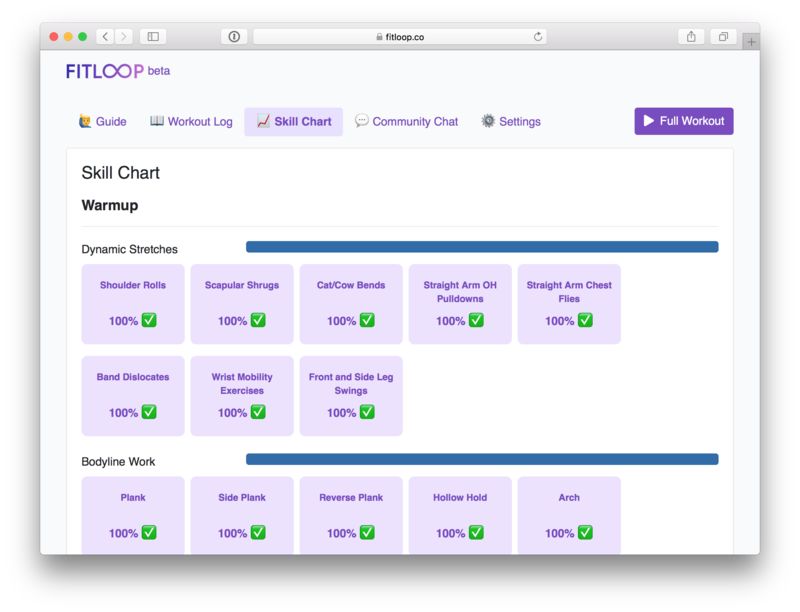 Joey Haar — May 8, 2018 — Lifestyle
References: fitloop.co & producthunt
Not everyone has the time, money, or desire to get a gym membership and make regular stops to the nearest facility, and Fitloop is a webapp that makes it easier to stay fit while staying out of the gym entirely. The platform is based on bodyweight fitness, a philosophy that eschews workout equipment and tools in favor of using the weight of one's own body instead.

The creator of Fitloop built the platform from the fitness plan developed on a subreddit called /r/bodyweightfitness. The tool is built out of several different "progressions', or levels based on people's strength and ability, which makes it variable to anyone. Fitloop simply adapts the wiki-style layout available on the subreddit and makes it more interactive and responsive -- in short, more user-friendly.
3.3
Score
Popularity
Activity
Freshness