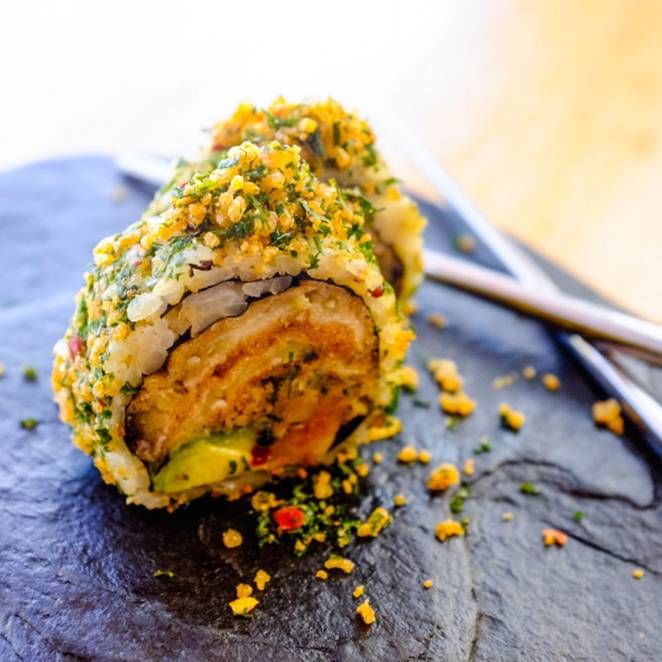 Laura McQuarrie — November 4, 2016 — Eco
References: miyassushi & treehugger
Share on Facebook Share on Twitter Share on LinkedIn Share on Pinterest
The high demand for fresh fish sushi has put a strain on marine wildlife and the natural ecosystems that contain them. As an alternative to using popular sushi inclusions like tuna and salmon, Miya's Sushi in New Haven, Connecticut sets itself apart by making use of invasive plant and animal species that are both abundant and readily available.

While species like Asian carp, blue catfish, Japanese knotweed and mugwort are known in the natural world as nuisances rather than delicacies, Miya's Sushi is changing the public's perception. Some of the other unique types of sushi that are made in this restaurant include adventurous options served with a topping of roasted black soldier fly larvar.

This year, Miya's Sushi has been recognized as a 2016 White House Champion for Change for Sustainable Seafood and in response, created a special 'Blessed Barack of Ribs.'
3.8
Score
Popularity
Activity
Freshness
Attend Future Festival