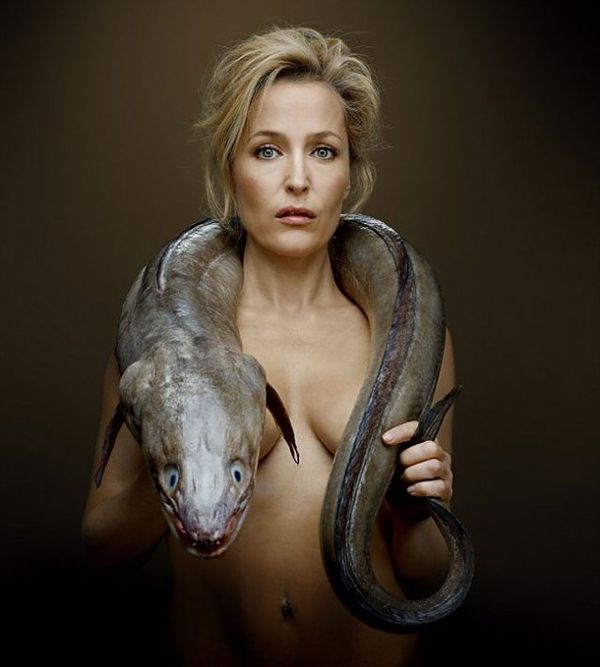 The Fish Love Ad Campaign Was Captured by Denis Rouvre

Meghan Young — December 5, 2013 — Naughty
References: rouvre & fubiz.net
The Fish Love ad campaign is very provocative. It captures celebrities such as fashion designer Kenzo, actresses Gillian Anderson, Aure Atika and more getting very intimate with the sea creatures they love so much. Although seeing them out of water is not necessarily the best message to send, it is clear that the print ads are simply attempting to get people's attention while also sending a message about such warm feelings that should never be shut away.

Shot by French photographer Denis Rouvre, the Fish Love ad campaign raises awareness about the dire state of their home. As written on the Fish Love website, "The global marine ecosystem will collapse within a generation if unsustainable fishing practices are allowed to continue."
5.8
Score
Popularity
Activity
Freshness