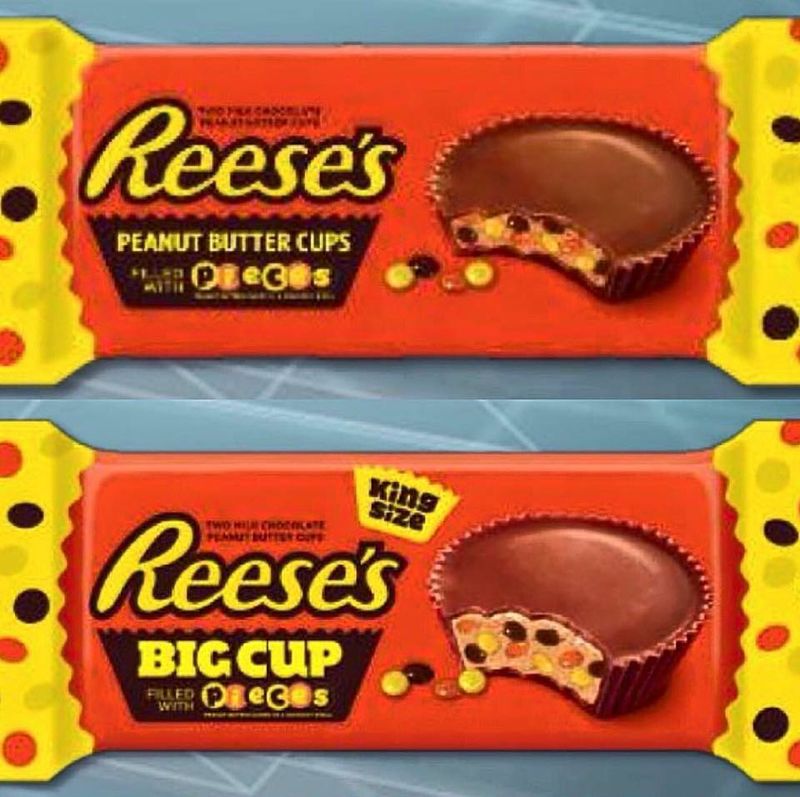 Katherine Pendrill — May 11, 2016 — Lifestyle
References: facebook & eater
News recently leaked that the Hershey Company is working on a new version of its popular Reese's Peanut Butter Cup that is filled with Reese's Pieces. While details are still scarce, the company has confirmed that they are indeed working on the meta candy concoction.

The leaked photo of the new product shows a king-size Reese's Peanut Butter Cup filled with Reese's Pieces. After the photo of the hybrid candy surfaced, a spokesperson for the Hershey Company reached out about the '#Cupfusion.' While the spokesperson did not offer up any details about bringing together the two beloved candies, they did hint that consumers will "have to keep watching as it unfolds!"

Whether the rumors are true or not, the new Reese's Peanut Butter Cup demonstrates one of the ways that iconic candy companies are reinventing signature products for a new generation of consumers.
1
Score
Popularity
Activity
Freshness