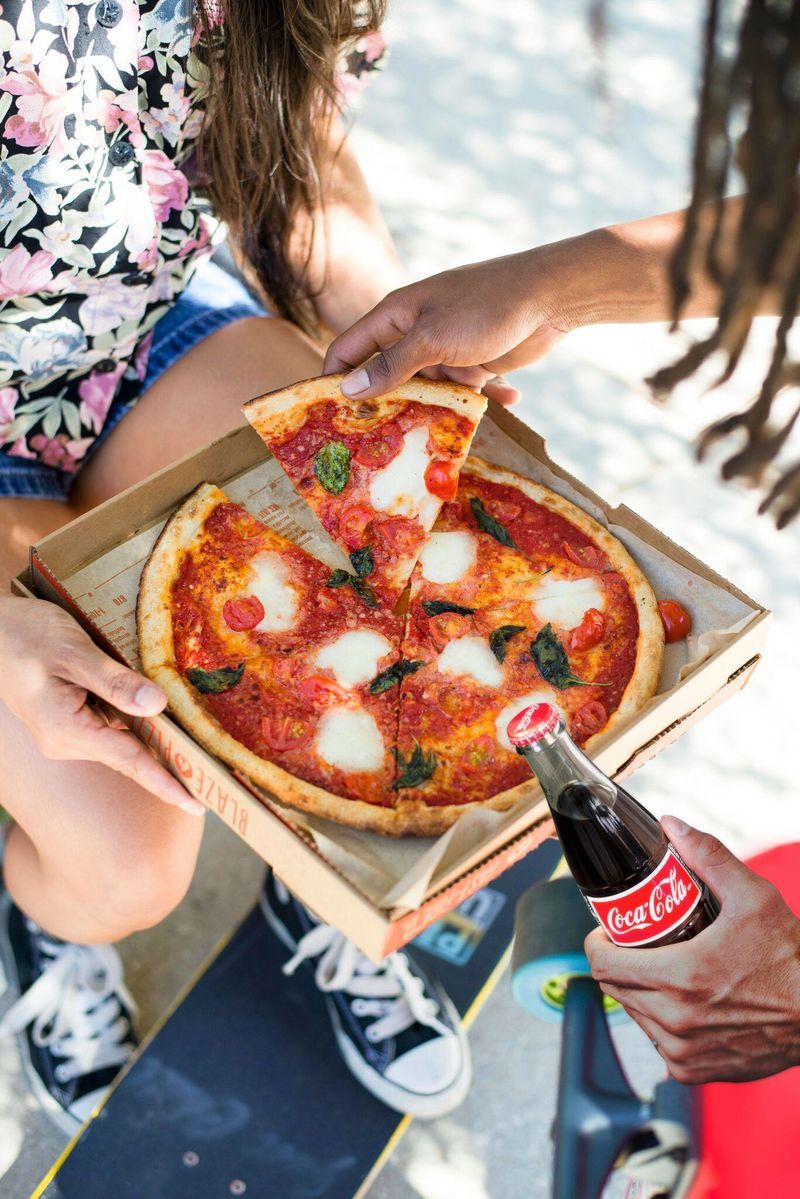 Katherine Pendrill — June 12, 2018 — Lifestyle
References: facebook & qsrmagazine
Share on Facebook Share on Twitter Share on LinkedIn Share on Pinterest
For the second year in a row, the fast casual chain Blaze Pizza has announced that it will be teaming up with (RED) to support the fight against AIDS. The 'EAT (RED) SAVE LIVES' campaign will run for the entire month of June, with the chain pledging to donate up to 50,000 to (RED)'s efforts.

For the month of June, Blaze Pizza is rebranding its signature Red Vine pizza as the ‘(RED) Vine.' In partnership with Coca-Cola, the company will donate $1 each time a customer purchases a (RED) Vine pizza and Coke. To contribute further, customers can post a picture of their pizza and drink online using the hashtag #CokeRedSweepstakes and tagging @BlazePizza and another $1 will be donated to the cause. As Blaze Pizza co-founder Elise Wetzel explains, “Our goal is not only to donate to (RED), but also to empower our guests to join the fight. Working together, AIDS could be over in less than 15 years from now.”