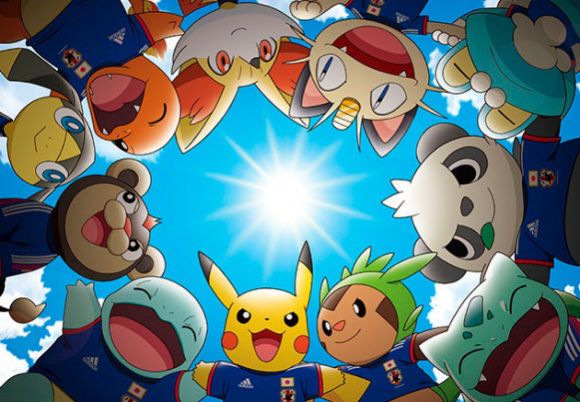 Japan Chose Pikachu as the Mascot for the FIFA 2014 Games

Laura McQuarrie — March 22, 2014 — Lifestyle
References: soccerly & en.rocketnews24
Share on Facebook Share on Twitter Share on LinkedIn Share on Pinterest
For the FIFA 2014 World Cup tournament, Japan chose some very familiar faces to cheer on its team as mascots — Pikachu, plus a team of 10 other Pokemon. In the promotional image for Japan's Blue Samurai team is a whole host of Pocket Monsters, including some classic characters like Meowth, Charmander, Squirtle, as well as some new additions like Fennekin, Helioptile and Litleo all dressed in the team's blue uniforms.

Although Pokemon have been around for a long time now, there's still a place for them in the hearts of old and new Pokemon fans alike. Hopefully these adorable battling mascots will be able to rally the support of fans during this year's games in June.
2.2
Score
Popularity
Activity
Freshness
Get Trend Hunter Dashboard