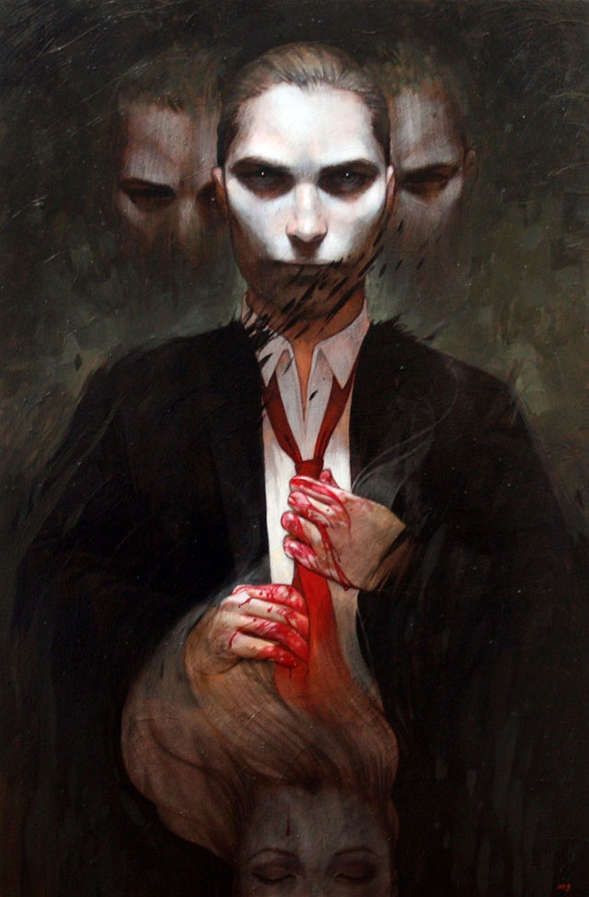 The exhibition depicts a wide variety of characters, from Little Red Riding Hoor to American Psycho's Patrick Bateman. Although they were each produced by a different artist, every painting displayed in 'Fiction' depicts the characters in an eerie, almost surreal way. For instance, Patrick Bateman is shown holding the head of a prostitute, his pale face and jet-black hair giving him a vampiric look. The painter, Leilani Bustamante, also blurred Bateman's face, making it look like an overexposed photograph and giving him a supernatural appearance.

By producing an exhibition like 'Fiction,' Modern Eden has proven that literature is still held near and dear to many people. It's clear that certain characters produce a feeling of familiarity, or fondness, making readers feel as if they actually know this fictional person. These paintings make it possible for people to see their favorite characters somewhere other than printed in black and white; they can see them in their colorful, hyperrealistic glory.
3.7
Score
Popularity
Activity
Freshness
View Innovation Webinars