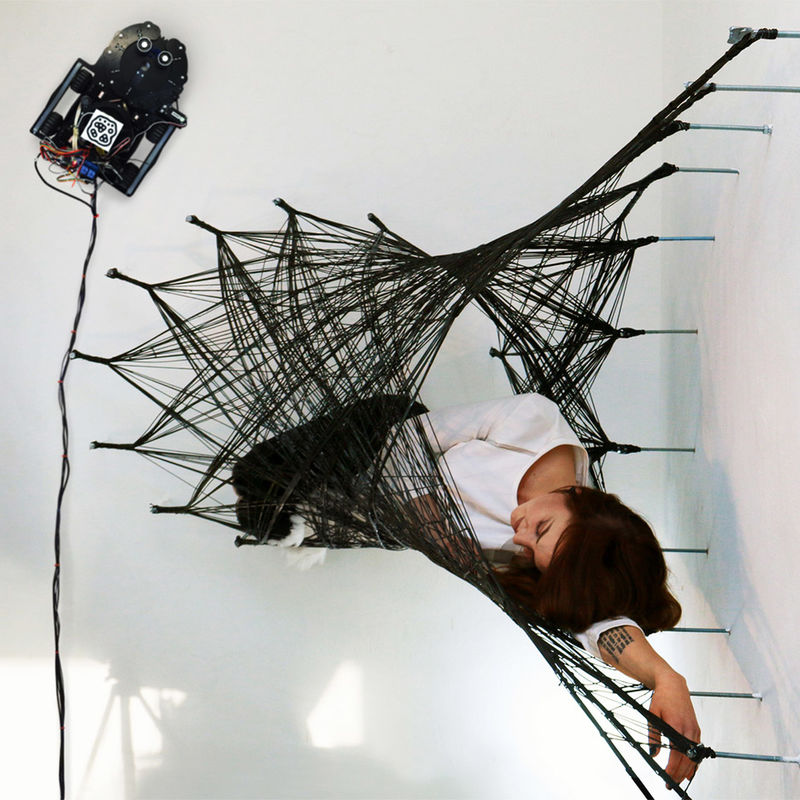 These Mini Robots Work in Tandem to Build Webbed Structures

Joey Haar — August 3, 2016 — Art & Design
References: mariayablonina & dezeen
Share on Facebook Share on Twitter Share on LinkedIn Share on Pinterest
If the idea of tiny robots crafting webs through a process called "swarm construction" creeps people out, then there may not be a future for the new method of constructing fiber structures invented by designer Maria Yablonina. However, the vast possibilities presented by the 'Mobile Robotic Fabrication System for Filament Structures,' as the project is called, will convert technophobes and arachnophobes alike.

Built in collaboration with the Institute for Computational Design (ICD), the architectural thesis project employs small robots that work in tandem with one another to weave intricate webs out of carbon fiber. According to the director of the ICD, this "swarm construction" method allows architects to "build entirely new structures that would be impossible to materialize otherwise." Plus, the relative inexpensiveness of the small robots (compared to large industrial machines) could bring these architecturally fascinating designs to even impoverished areas.
3.5
Score
Popularity
Activity
Freshness
Attend Future Festival