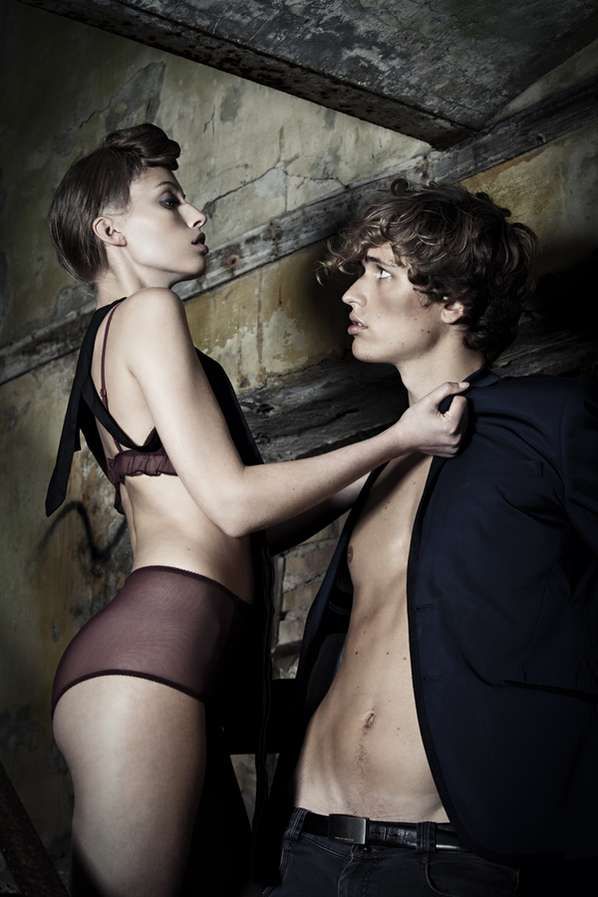 The Fiasco Magazine Power Play is Suggestive and Edgy

Models Christina M. and Kristian B. (both of Le Management), strike convincing poses in which Christina plays the dominant character and Kristian, the submissive one. In some shots Christina is shown tugging aggressively at Kristian's shirts, while in others she stands over him with threatening expressions.

The setting -- a dilapidated, dirty old building -- helps add to the dark, edgy feel of the series. Even though in many of the shots the models are scantily clad, viewers should remember that sometimes less is more and for this stylistic decision credit is due to Mille Erikstrup and Le Management.
5.9
Score
Popularity
Activity
Freshness
Get Trend Hunter Dashboard