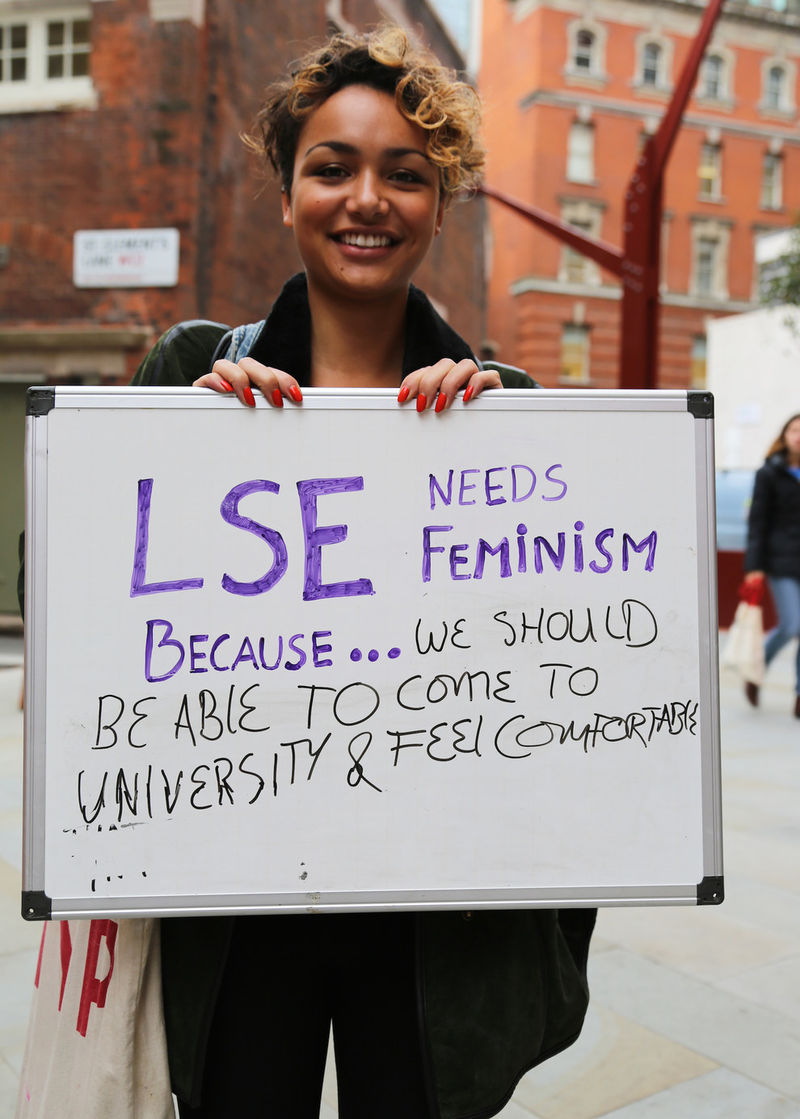 Vasiliki Marapas — October 17, 2014 — Social Good
References: buzzfeed
Students at the London School of Economics (LSE) have embarked on a feminism campaign following an incident involving the school's rugby team. The team distributed a flyer that described women as "slags," prompting school authorities to take action and disband them.

Similar to another project that explored racial micro-agressions at Fordham University's Lincoln Center, this campaign invites students to write down why LSE needs feminism onto a white-board. The students and staff members are then photographed holding their statements, resulting in a pretty powerful collection of images.