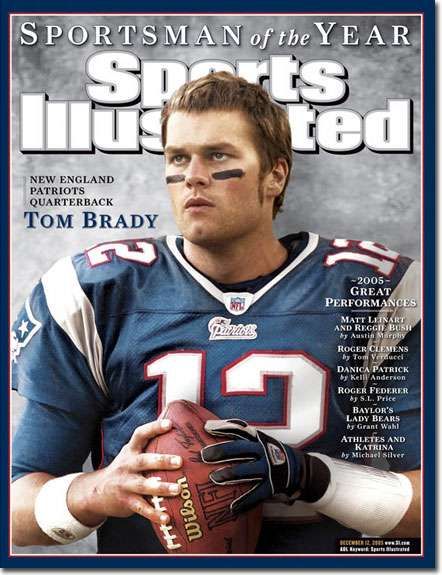 Elsa Blaine — September 14, 2008 — Unique
References: ap.google & theonion
Share on Facebook Share on Twitter Share on LinkedIn Share on Pinterest
New England Patriots star quarterback Tom Brady was lost for the season due to a knee injury this past weekend. The unfortunate loss of the NFL’s finest-looking player and the resulting exodus of basically all female football viewers was the topic of a sassy article by The Onion Sports.

The magazine figures that “90% of female football fans were lost for the season” as a result of the injury to the heartthrob. “The Patriots announced Monday that Brady, the 2007 NFL Most Valuable Player and arguably the NFL’s most handsome man, will be placed on injured reserve, where despite being no less attractive than before his injury, he will only be partially visible for the rest of the 2008-2009 season,” says Onion reporters.

“We feel badly for the nation’s women about the injury,” the team’s coach (or, rather, The Onion) said at a faux press conference, fueling the fire further. “And for Tom, of course. You hate to see anyone with that kind of masculine yet boyish appeal go down. No one has worked harder or done more for this team’s female fan base than Tom has, and we expect him to set his rugged, chiseled jaw, keep his twinkling blue eyes on the prize, and be ready to get back on the field and in front of the cameras by next year.”