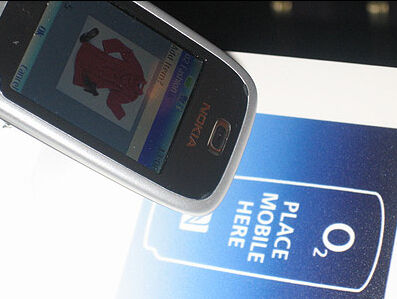 Nokia, for example is working with designer Emilio de la Morena who is using Near Field Communication technology in his show. That feature lets influential players in the audience, such as fashion buyers and journalists, give instant feedback on the pieces shown right after the show. After the collection, all they need is a Nokia 6131 NFC.

The video show's some applications of Nokia's NFC technology.

If they like a piece, all they have to do after the show is tap the phone against an image of the item, shown on posters after the collection. It's the same technology used in "Oyster card-style" payments.

As each show displays hundreds of items, it makes it difficult to recall individual pieces after the show. Scribbling in notebooks can be a distraction from the actual show, but the new tech allows critics to focus more on the fashions.

Without this tech, designers rely on word of mouth feedback, delayed editorial write ups and quantity of orders, all of which can take place months after a collection has debuted on the catwalk.

"Traditionally we are very much in the dark with regards to what buyers think of the collection presented in London before we present the complete collection to buyers in Paris," said de la Morena who says the new tech lets him, "Capture essential feedback, providing us with the time to understand what the buyers are thinking and make any changes straight away."

If you love fashion, be sure to check out our thorough coverage of the shows at New York Fashion Week earlier this month, complete with galleries and videos of the collections.