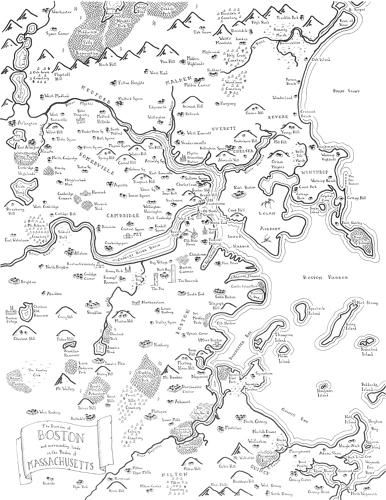 Meghan Young — October 10, 2014 — Pop Culture
References: etsy & fastcodesign
Many people have often wished they could enter an imaginary realm envisioned by an author or scriptwriter and one person has made that seem somewhat possible with a series of American fantasy maps. Inspired by the whimsical cartographic style of J.R.R. Tolkien's images that help flesh out Lord of the Rings' Middle-Earth, these fantasy maps are full of detail in only the best of ways.

Created by Stentor Danielson, a geographer based in Pittsburgh, the American fantasy maps essentially romanticize industrial cities such as his hometown as well as Cleveland, Ohio. His impressive series of fantasy maps started at a young age. Stentor Danielson tells Fast Co Design, "Throughout my childhood I made hundreds of maps of imaginary and fantastical places, in a variety of styles cribbed from different fantasy novels."
2.3
Score
Popularity
Activity
Freshness