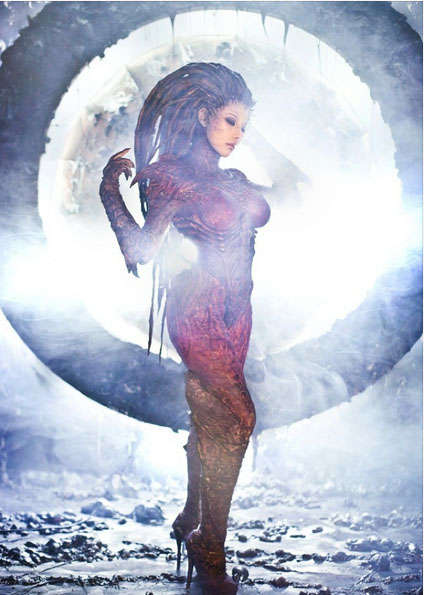 This Korean Starcraft Cosplay is a Video Game Costume Marvel

Andrew Sztein — April 5, 2013 — Tech
References: kr.battle.net & kotaku
Share on Facebook Share on Twitter Share on LinkedIn Share on Pinterest
With all the fantasy costumes and galleries over the Internet, it takes a truly special effort in order to stand out from the pack. After looking at these images of Starcraft cosplay, I think it's safe to say that this Korean Starcraft fan named Tasha surely accomplished the goal of standing out.

The member of Korean cosplay team Spiral Cats, which specializes in fantasy costumes and video game cosplay, truly outdid herself with these stunning images of herself as Kerrigan, one of the leaders of the villainous race of bloodthirsty Zerg from the Starcraft series of games.

The costume even becomes thought provoking when one thinks about how staggeringly popular Starcraft is in Korea in the first place, where matches regularly draw more interest than major athletic sporting events. Needless to say, the images have proven to be a big hit among the Korean Starcraft community.
6.7
Score
Popularity
Activity
Freshness
Attend Future Festival