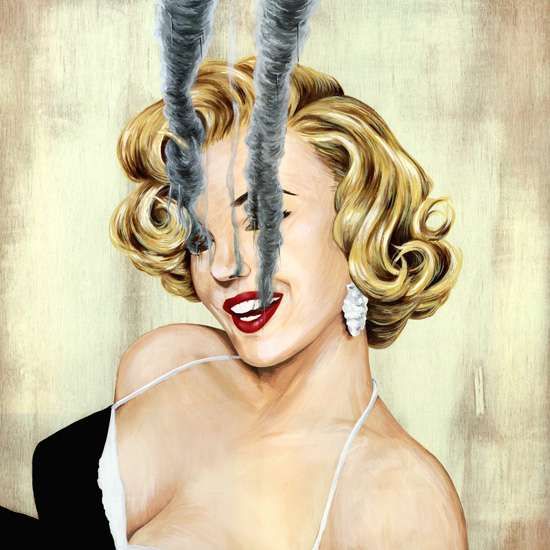 Jason Soy — November 23, 2011 — Pop Culture
References: fwdead & facebook
Share on Facebook Share on Twitter Share on LinkedIn Share on Pinterest
Famous When Dead manages to turn classic Hollywood starlets into nightmarish figures with these sizzling portraits featuring Marilyn Monroe, Audrey Hepburn and Elizabeth Taylor. I mean, if you aren't the slightest bit freaked out seeing smoke coming out the orifices of these celebrities -- or any human being for that matter -- I may not want to meet you in person.

Famous When Dead, whose real name is Andrew, is a UK-based self-taught artist. He adopted the three-word moniker very early on in life, but I'm pretty sure he's already enjoying a steady stream of media attention thanks to his impeccable illustrated works. He often incorporates elements of the surreal and pop culture into his works, so it's not uncommon to see things like kids wearing Spider-Man costumes, animals dressed in dapper business suits and an occasional rainbow shooting out of a woman's eyes.
3.2
Score
Popularity
Activity
Freshness
Get the 2023 Trend Report FREE