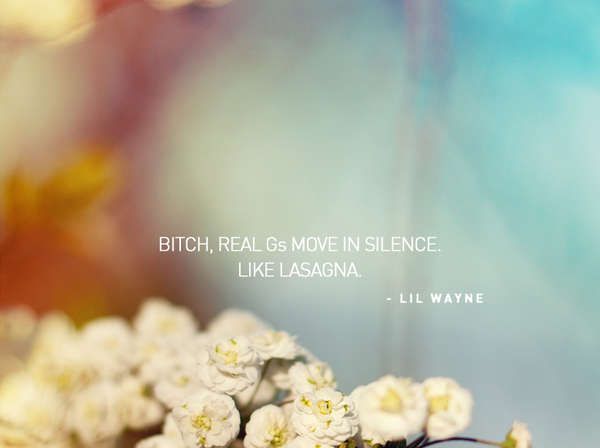 As you can imagine, some of the lyrics contain more than a few expletive phrases. Some of my personal favorite's include Snoop Lion's classic lyrics that states, "Bikinis. Zuchinis. Martinis. No weenies." There are also lyrics that will give you a giggle such as lyrics by 2 Chainz that goes, "She got a big booty, so I call her big booty."

This Tumblr site is the perfect way to spend an afternoon in the summer sunshine whilst listening to your favorite rap tunes.
1.1
Score
Popularity
Activity
Freshness
Attend Future Festival

Rapping Writing Tools
One Up Designs' Classic Rap No. 2 Pencil Set is for Writing Rhymes
play_circle_filled