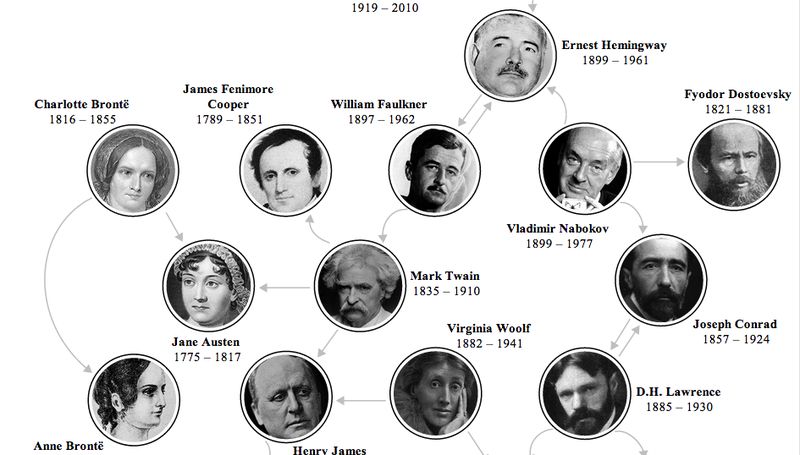 This Infographic Identifies Famous Authors Who Hated Each Other

It might seem absurd, but writers had more petty drama amongst themselves than most high school cliques. Despite the fact that all the authors on this chart are canonized, literary tastemakers, they couldn't simply be happy for one another's success. Instead, they lobbed insults and slandered each other mercilessly. (Although in many cases, the authors waited until their nemesis was post-mortem before mocking and deriding them. Talk about spineless).