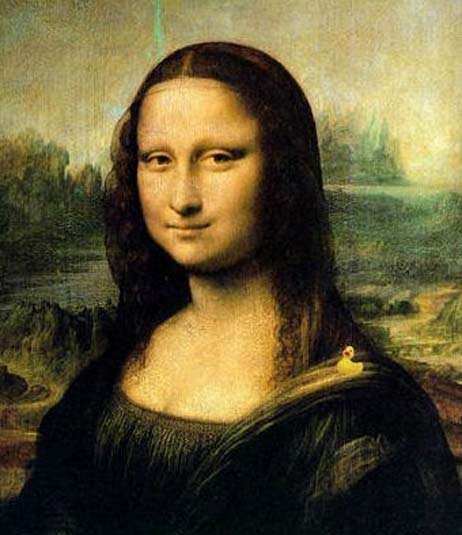 The photographs, published in a group called ‘With Extra Ducks’, were created by Tina Hannan, (aka. Misty). More than 40 classic artworks have been reworked, and they are drawing thousands of visitors to the online exhibition which is fast becoming one of the latest Flickr phenomenons.

The yellow rubber ducks have been added to famous works of art such as the Mona Lisa, Da Vinci's Last Supper, Vermeer's Woman Holding a Balance, Monet's Water Lillies, Andy Warhol's Campell's Soup Can, Coolidge's A Friend in Need, Michelangelo's rendering of the God creating Adam on the ceiling of the Sistine Chapel, along with some of Rembrandt and Van Gogh's best pieces.