Top 45 Kitchen Trends in August
Next
Set of
Related
Ideas 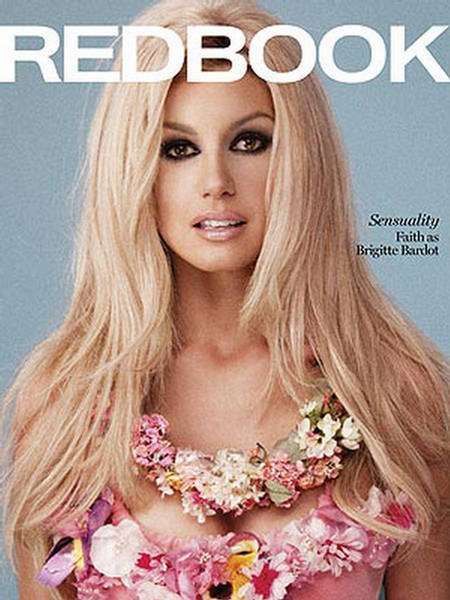 lourdes sanchez bayas — April 27, 2009 — Fashion
References: redbookmag & magxone
Share on Facebook Share on Twitter Share on LinkedIn Share on Pinterest
Singer Faith Hill graces the May 2009 issue of Redbook Magazine. In the glossy, the 41-year-old country music diva got the opportunity to channel three of the most iconic women in the history of show business: actress-turned princess Grace Kelly, the legendary French actress and sex symbol Brigitte Bardot and 1960’s model and “it” girl Twiggy.

This is what Faith Hill had to say to Redbook about her three idols:

Faith on Brigitte Bardot: I felt least like Brigitte of all three women we did. Brigitte possesses this sensual essence that is so powerfu… if I could possess that sensuality, I would want to possess it like she does.

Faith on Grace Kelly: My mother-in-law has always told me that I remind her of Grace Kelly. I think it’s about how I carry myself, how I look in photographs, that sort of thing…I think, too, it’s probably that I have this seemingly high-profile life, like Grace did, and that we were both the mother of three children.

Faith as Twiggy: It was hard for me to look at myself as Twiggy…I felt she had such an innocence… Her version was beautiful and flawless, but for me, as a woman who’s come into her own a little more comfortably, it’s just a different kind of beauty.
2.4
Score
Popularity
Activity
Freshness
Attend Future Festival