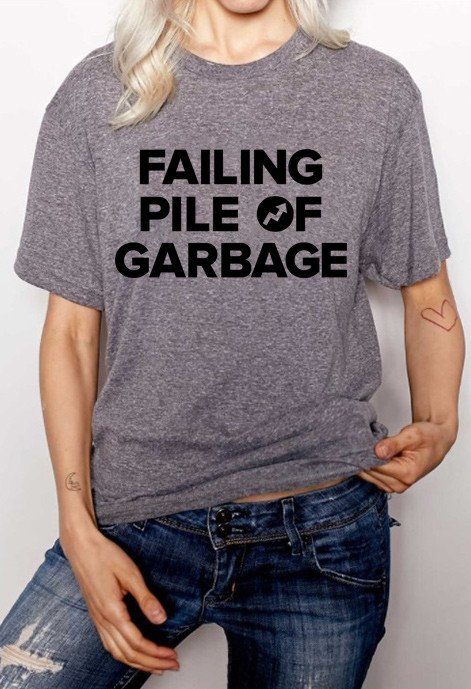 Joey Haar — January 12, 2017 — Pop Culture
References: shop.buzzfeed
Share on Facebook Share on Twitter Share on LinkedIn Share on Pinterest
In a recent press conference, Donald Trump, the president-elect of the United States of America, lambasted Buzzfeed as being a "failing pile of garbage." The comment came in response to Buzzfeed News, the current affairs arms of the pop media conglomerate, releasing a document from an ex-intelligence officer that contains information on Trump.

The unverified document released by Buzzfeed News is reportedly from a former British intelligence official, and it claims that the Russian government has been assisting Trump for years. With such wild allegations at hand, Trump hurled the above-mentioned insult at Buzzfeed.

As a retort to Trump, Buzzfeed's store is now selling t-shirt that read "FAILING PILE OF GARBAGE." With the shirt, the media company is treating such an insult by a soon-to-be high-ranking official as a badge of pride.
5.4
Score
Popularity
Activity
Freshness
View Innovation Webinars