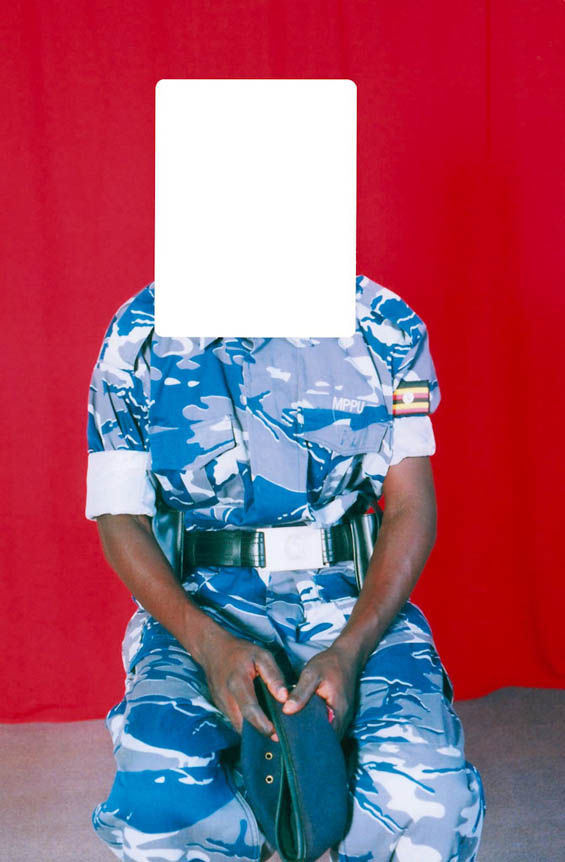 This Faceless Portraits Photo Series is Unusual Yet Alluring

Farida Helmy — June 29, 2014 — Art & Design
References: martinabacigalupo & beautifuldecay
Share on Facebook Share on Twitter Share on LinkedIn Share on Pinterest
This bizarre yet alluring faceless portraits photo series was a surprise find by Italian photographer Martina Bacigalupo while she was visiting Gulu in Northern Uganda. Not the sort of thing you see every day, the faceless portraits photo series caught the photographer's attention because of how unusual there were.

“The portraits were well composed, with subjects seated on a chair or on a bench, with a blue, white or red curtain behind them, in various poses and modes of dress," says Bacigalupo.

Even though the images seems to be perfectly captured from a technical point of view, there seemed to be gaping holes in them. For some reason someone took the time to cut out all the face leaving just blank rectangles behind instead of faces in the photographs -- which turned out to be common practice in Gulu for taking ID photos as Bacigalupo later found out.
0.6
Score
Popularity
Activity
Freshness
View Innovation Webinars