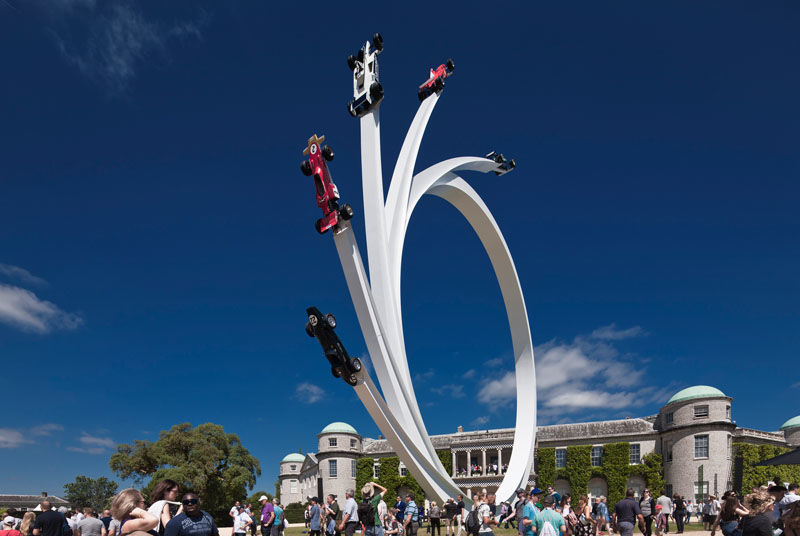 Joey Haar — July 4, 2017 — Art & Design
References: judah & contemporist
Share on Facebook Share on Twitter Share on LinkedIn Share on Pinterest
Gerry Judah has designed a spectacular sculpture featuring F1 race cars in celebration of the career of Bernie Ecclestone, the recently retired chief executive of Formula 1 and one of the sport's authoritative voices throughout much of its history. In honor of Ecclestone's lengthy legacy, Gerry Judah's sculpture is a creative depiction of the progession of F1 race cars over time, with a grand loop supporting several different models of F1 cars from different decades.

The sculpture as a whole is massive, standing 114 feet tall at its highest point. It weighs 65 tonnes and supports five F1 race cars, each of which was selected to represent a different point in Ecclestone's career. The cars include the Connaught, which Ecclestone used in his short time as an F1 driver, and the championship-winning Brabham from his time as owner of that team.
1.7
Score
Popularity
Activity
Freshness
Get Trend Hunter Dashboard