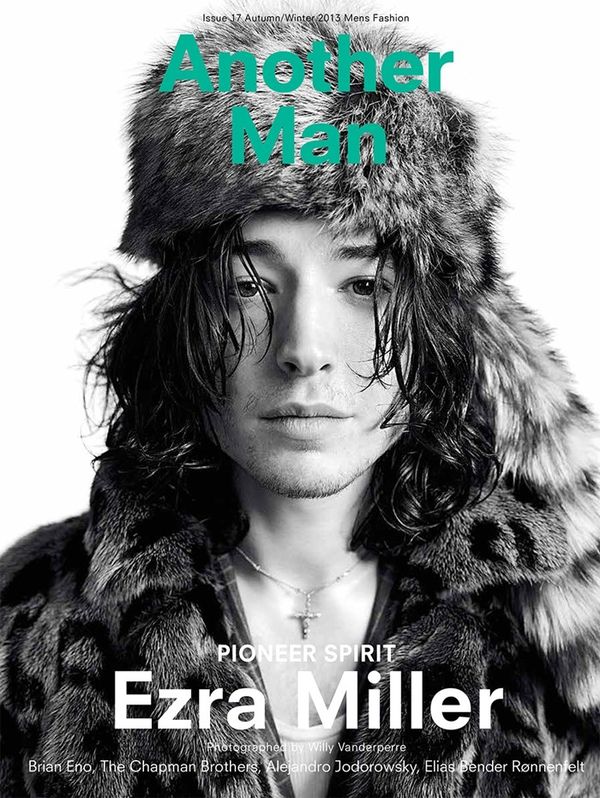 Vasiliki Marapas — October 2, 2013 — Fashion
References: anothermag & anothermag
Ezra Miller graces this month's cover of AnOther Man magazine. Miller is an exciting choice for the magazine; he’s a talented actor who landed a breakout role with his performance as an unapologetic misfit in last year's Perks of Being a Wallflower, a budding musician with his band Sons of an Illustrious father, and now, it appears he is a promising style icon.

Miller’s rock persona is played upon, with his tousled just-had-sex bedhead, luxurious furs, printed silks and retro sunglasses – one shot even features him with a cigarette dangling from his lips. The shoot, which was styled by Alister Mackie and photographed by Willy Vanderperre, has a bohemian rock vibe. Miller is the perfect model to pull of these wild, hippie-meets-rock-star looks.
2.4
Score
Popularity
Activity
Freshness