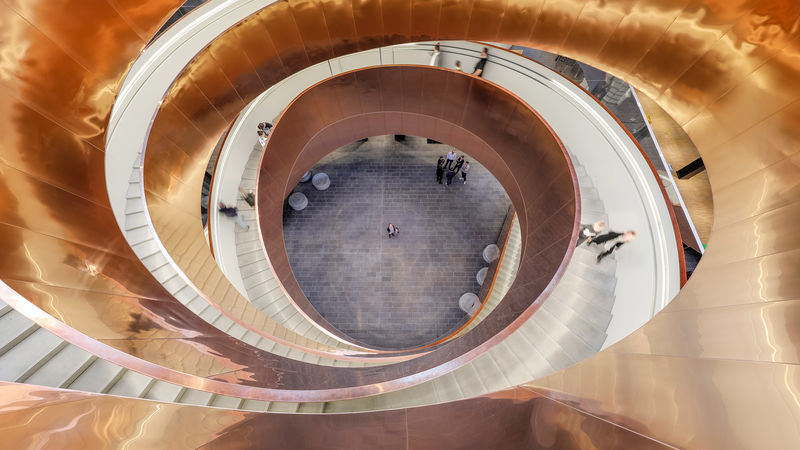 Copenhagen's Experimentarium was Refurbished by CEBRA

Joey Haar — April 5, 2017 — Art & Design
References: cebraarchitecture.dk & dezeen
Share on Facebook Share on Twitter Share on LinkedIn Share on Pinterest
Since Experimentarium serves as Copenhagen's science center, it was only fitting that CEBRA, the architecture firm behind its refurbishing, looked to scientific themes in designing the new layout. The most notable aspect of the Experimentarium, its staircase, takes a cue from one of the most iconic images from science: Watson and Crick's double helix, the shape of DNA.

Beyond the copper-clad, helical staircase, CEBRA expanded the Experimentarium to include far more space for exhibits — 16 exhibits, to be precise. Further, the exterior of the building features lightweight aluminum panels whose stippled patterns are designed to be a visual facsimile of the behaviors of fluids (i.e. air and liquid) when they encounter force, pressure, or resistance.
2.4
Score
Popularity
Activity
Freshness
Get Better and Faster