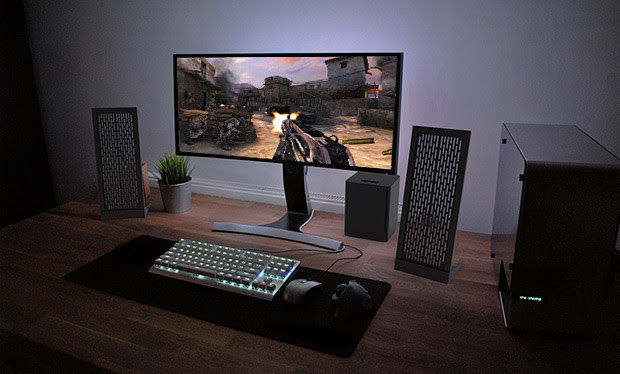 The Expanse Speakers are Both Loud and High Fidelity

Joey Haar — May 22, 2017 — Tech
References: indiegogo
Share on Facebook Share on Twitter Share on LinkedIn Share on Pinterest
In gaming, sound is nearly as important as visuals, and the Expanse Speakers bring gamers impressive detailed soundscapes through the use of fringe audio technology. The Expanse Speakers employ electrostatic sound, a system that creates incredibly detailed sounds by exerting force on a membrane suspended in an electrostatic field.

Though the technology behind electrostatic speakers has existed for some time, it has rarely been put to use in consumer speakers. Though the technique always offered impeccable sound quality, it had previously been hamstrung by relatively low volume. The Expanse Speakers are the product of technological developments that overcome this volume deficit, bringing all the benefits of electrostatic sound while still competing with major gaming speakers on the market in terms of loudness.
3.8
Score
Popularity
Activity
Freshness
Attend Future Festival Virtual