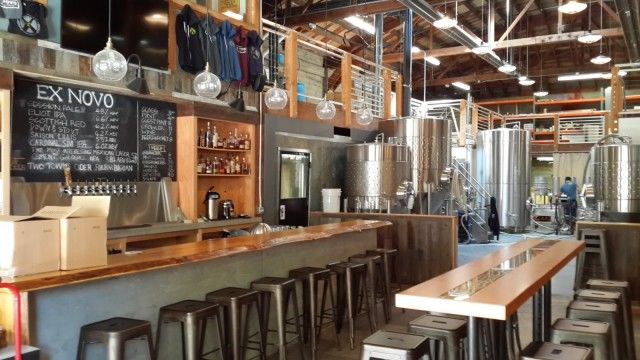 Laura McQuarrie — March 3, 2015 — Lifestyle
References: exnovobrew & portlandmonthlymag
Buying beer from the Ex Novo Brewing Company means that you get to enjoy a drink and do some good in the world. Despite Portland being saturated with breweries and having no background in brewing beer, Joel Gregory went up against all odds in a new venture after being laid off from his job in engineering. To make this not-for-profit brewery a reality, Ian Greene was hired as head brewer, lending his expertise to the Ex Novo Brewing Company.

100% of the net profits go towards initiatives like Impact NW, the International Justice Mission, MercyCorps and Friends of the Children. The registered non-profit public benefit corporation currently has eight beers available on tap, meaning that there's something to quench everyone's thirst for good.
3.7
Score
Popularity
Activity
Freshness