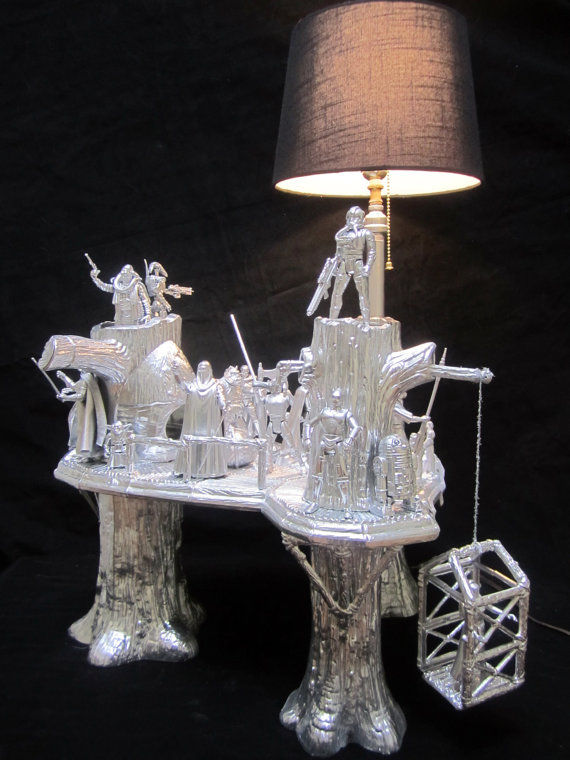 The Ewok Village Lamp Artfully Recreates the Forests of Endor

Michael Hines — January 14, 2014 — Art & Design
References: etsy & technabob
Share on Facebook Share on Twitter Share on LinkedIn Share on Pinterest
All men (and women) are created equal, but not all lamps are, as evidenced by the Ewok Village Lamp. This one-of-a-kind lamp was created by Etsy merchant 88 Miles Per Hour. The lamp is inspired by, you guessed it, an Ewok village, and is filled with real Star Wars toys! A close look at the Ewok Village Lamp reveals a mixture of old and new trilogy toys, with R2-D2 sharing the same space as a Trade Federation droid.

All of the toys were painted silver, so their original look is somewhat lost. Still, the paint job doesn't detract from the awesomeness of this custom piece. The Ewok Village Lamp sells for $399. There are many other geeky lamps that make extensive use of action figures available in 88 Miles Per Hour's shop, such as a Marvel-inspired creation.
2.2
Score
Popularity
Activity
Freshness
View Innovation Webinars