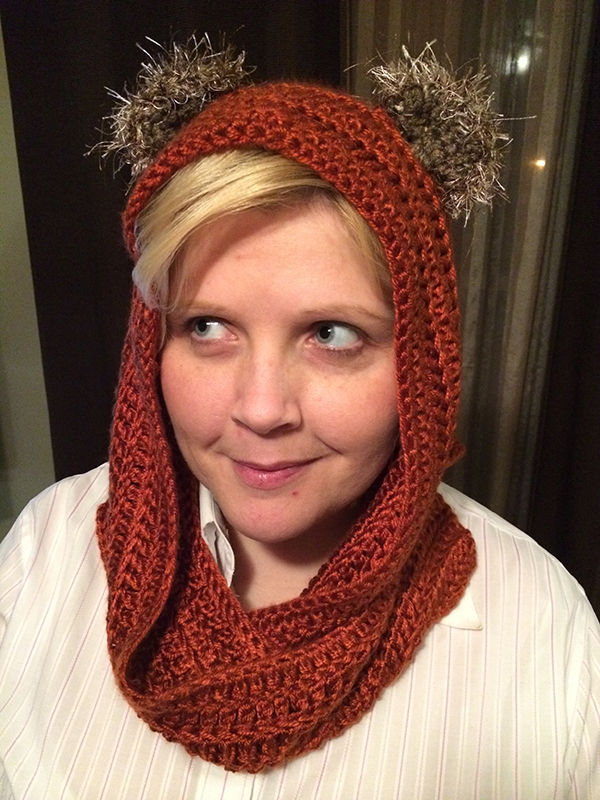 While Luke Skywalker and Darth Vader are a few of the most referenced characters from the Star Wars saga, there are a whole slew of other equally popular personalities from the film that weren't even human. Among those popular creatures were the adorable Ewoks, which were small teddy bear-like characters that could be found out in the forest. This Ewok Hood-Scarf allows Star Wars fans to pay tribute to this unique movie character through a hat hybrid that is designed to resemble that Sci-Fi creature.

A great way to add quirky features to your winter collection, this Ewok headpiece will surely showcase your affinity for Sci-Fi culture.
1.7
Score
Popularity
Activity
Freshness