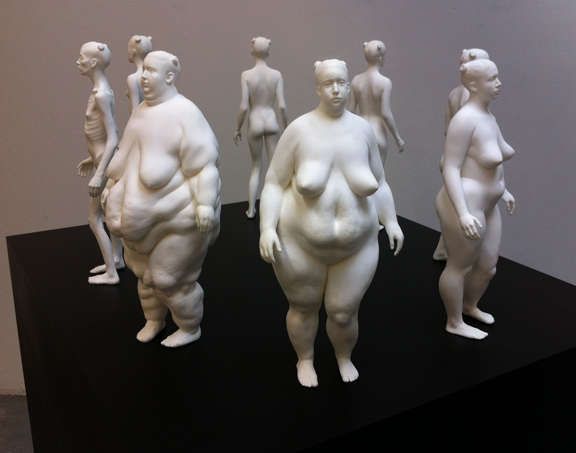 Meghan Young — May 21, 2013 — Lifestyle
References: tedlawson & beautifuldecay
Share on Facebook Share on Twitter Share on LinkedIn Share on Pinterest
Eve by Ted Lawson, an artist living and working in New York City, is a series of sculptures that depicts one woman in different physical states. Ranging from depressingly anorexic to disgustingly obese, each sculpture comes with its own baggage, even if it does involve the same woman.

Carefully named, Eve by Ted Lawson touches on the ramifications of gluttony, vanity and everything else in between. As though stemming from her first sinful act by indulging in one of the forbidden fruit, the woman in question has set off a slew of different paths she might choose to go down, each leading to a different version of herself.

Since the world is obsessed with weight at the moment, it is only natural that Eve by Ted Lawson would be too.
6.9
Score
Popularity
Activity
Freshness
Jeremy Gutsche Keynote Speaker