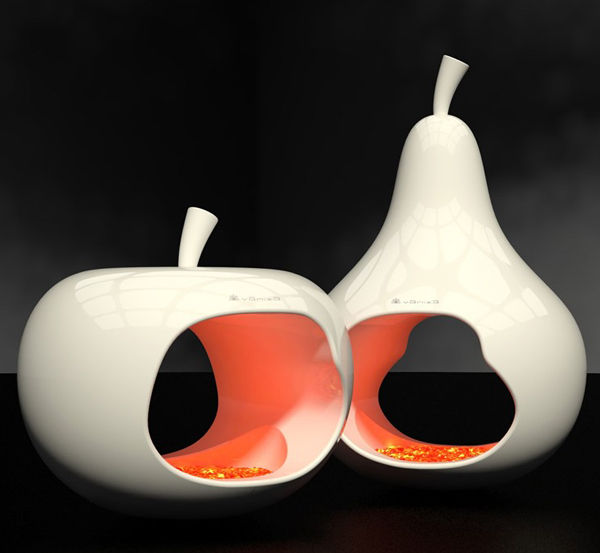 Eva and Olivia by Vanixa Acts and Looks Like a Hearth

Meghan Young — April 22, 2014 — Art & Design
References: vanixa & deconiche
Eva and Olivia are two modern hearth-like floor lamps that have been modelled after a couple of common fruits: apples and pears. While the first is inspired by an ancient symbol, which plays a big part in "the beginning of the history of humankind," as put by the designers, the second has a much more laid-back influence, including Popeye's girlfriend as well as the actress who played John Travolta's girlfriend in 'Grease.'

Designed by Pierpaolo Pitacco for Vanixa, the Eva and Olivia floor lamps are as warm and inviting as they are cute and playful. The use of Lava fire gives them a modern medieval appeal that many will appreciate. The look is even combined with crackling ember sound effects, aromatherapy and heat generated from infrared rays.
3.7
Score
Popularity
Activity
Freshness