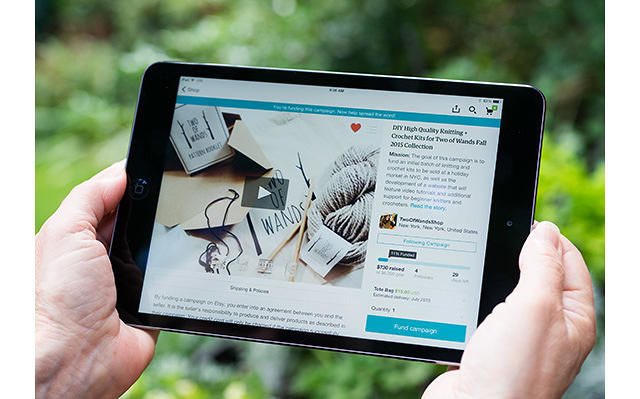 Fund on Etsy is Set to Challenge Other Platforms like Kickstarter

Meghan Young — June 17, 2015 — Business
References: blog.etsy & fastcompany
Share on Facebook Share on Twitter Share on LinkedIn Share on Pinterest
'Fund on Etsy' is a function that has been missing on the online marketplace for some time. Providing a crowdfunding platform is a natural fit for a business set on helping crafters, creatives and entrepreneurs in general sell their products. Although Fund on Etsy isn't revolutionary by any means, it simply brings the function to the website in general.

This in and of itself will make Fund on Etsy successful. After all, it already has a huge user base it will be tapping into. Sellers won't have to go elsewhere as well in order to raise capital to put their ideas into production. Fast Company writes, "If all goes well, the program could turn into another revenue stream for the newly public company. Etsy will pocket a 3.5% cut of each transaction, as well as a 20 cent up-front fee for posting a campaign, according to The Wall Street Journal."
2.2
Score
Popularity
Activity
Freshness
Access Advisory Services