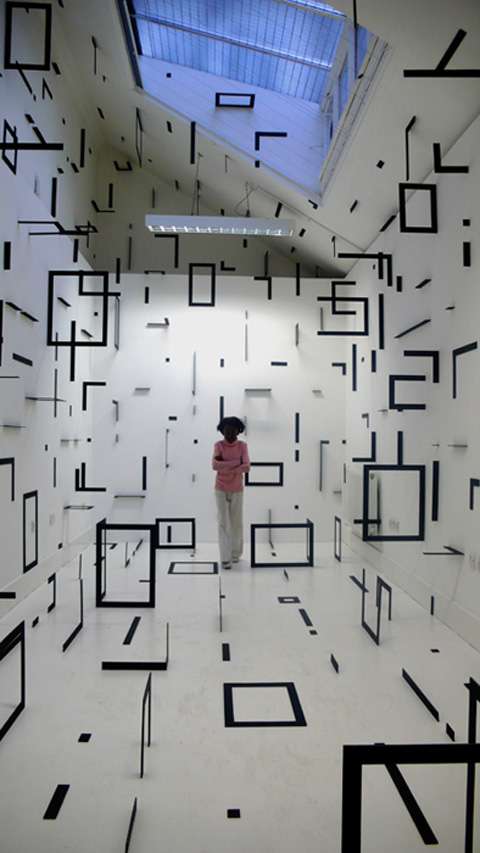 Esther Stocker Creates Rigorous Order with a Touch of Chaos

Falling into the same love affair with geometry that ensnared the incomparable Mondrian early on in the twentieth century, Esther Stocker takes the heavy, black lines of classic geometric composition and makes them interactive, appearing to melt or breakaway from the confining structure of the walls into the gallery space. Instead of adhering to a series of strict self-imposed rules to create the perfect picture of universal harmony as Mondrian attempted for most of his career, Stocker seeks to manipulate and alter the perfection of order and clean lines by adding a touch of chaos.

Celebrated the world over since graduating from the Academy of Fine Arts in Vienna in the late 90s, Stockard's installations have been shown across the globe. Her most recent solo show entitled Dirty Geometry is happening now at Galerie Alberta Pane in Paris.
5.8
Score
Popularity
Activity
Freshness
Jeremy Gutsche Keynote Speaker