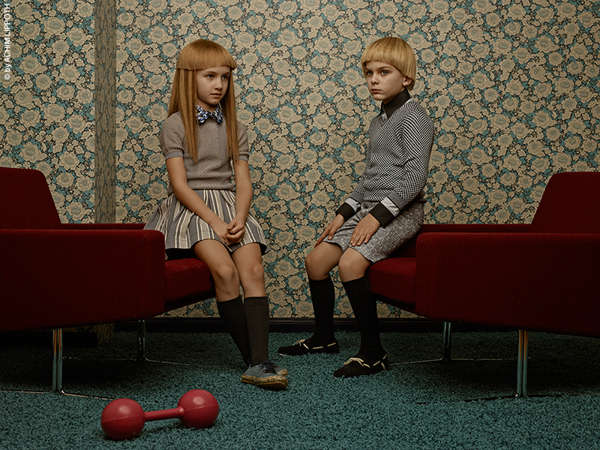 Meghan Young — May 9, 2013 — Life-Stages
References: lippoth & behance.net
Share on Facebook Share on Twitter Share on LinkedIn Share on Pinterest
The photo series titled EO by Achim Lippoth, a photographer based in Cologne, Germany, is unnaturally stoic and creatively eccentric. The first is due in large part to the use of child models, who should be captured playing and laughing rather than acting somber and mature. The latter owes itself to the use of patterned wallpaper backdrops and clashing fashion prints. Thrown into the mix is moody lighting and an emotive composition that really draws people in.

Inspired by Esperanto, the most widely spoken constructed international auxiliary language, EO by Achim Lippoth revolves around the idea of communication. The photographer elaborates, "Here it is the art of photography and also fashion design who represent the so called 'universal language' of art and creativity." Thus it will connect with people on an intuitive level.
4
Score
Popularity
Activity
Freshness
Attend Future Festival Virtual